Machine vision system through the machine vision products will be taken into the image signal conversion target, sent to a dedicated image processing system to get the shape of the ingested information, and then reflect the distribution of pixels, brightness, color, etc. into digital signals, Then use the artificial intelligence software system to analyze and process the data, finally deduce the information we need and make the next analysis and decision.

With the industrial wave of 4.0 hit, machine vision will get rid of the initial "aids" and become the "eyes" and "brains" of production systems. At present, machine vision has matured in developed countries and the industry has entered a period of steady growth.

According to the "2017-2022 China Machine Vision Industry Prospects and Investment Prediction Analysis Report" issued by Forward Industry Research Institute, the data of various authoritative agencies are summarized. Currently, the global market size of machine vision is between 4.5 to 7.0 billion U.S. dollars. According to the companies Markets and Markets, the global market for machine vision in 2016 was about 6.2 billion U.S. dollars, with a CAGR of about 12% for the period from 2002 to 2016. According to the statistics released by the Automated Imaging Association, The market for vision systems and components is $ 4.2 billion, up from about $ 4.6 billion in 2016 and the global market for machine vision systems and components is expected to reach $ 5 billion in 2017. 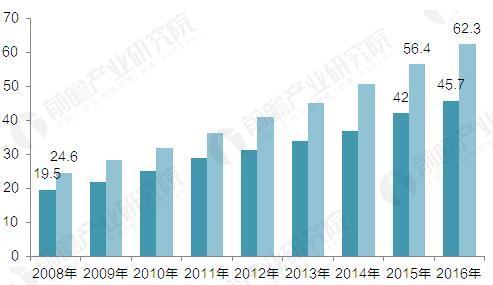 From the application distribution point of view, the current popularity of machine vision in foreign countries mainly in the semiconductor and electronics industries, of which about 40% -50% are concentrated in the semiconductor industry. In addition, the machine vision system has also been widely used in all aspects of quality inspection, and its products occupy a decisive position in the application. 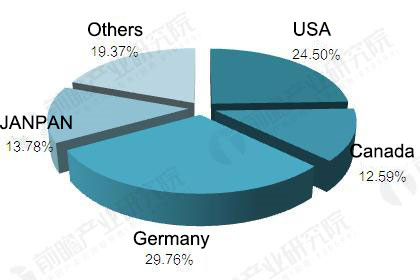 According to the AIA survey, only 5% of potential users currently use machine vision in the long-term potential market, that is, 95% of potential users still need it but have not yet used machine vision. After the full potential has been realized, Of the market can reach 120 billion US dollars, of course, this potential will take a long time to dig, but in the short term is still optimistic about the market to maintain about 15% growth in 2025 to 15 billion US dollars; According to Markets and Markets is expected to 2020 global market It will reach 12.5 billion U.S. dollars in size and more than 19.2 billion U.S. dollars by 2025. 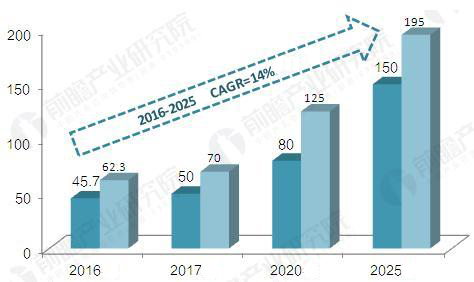