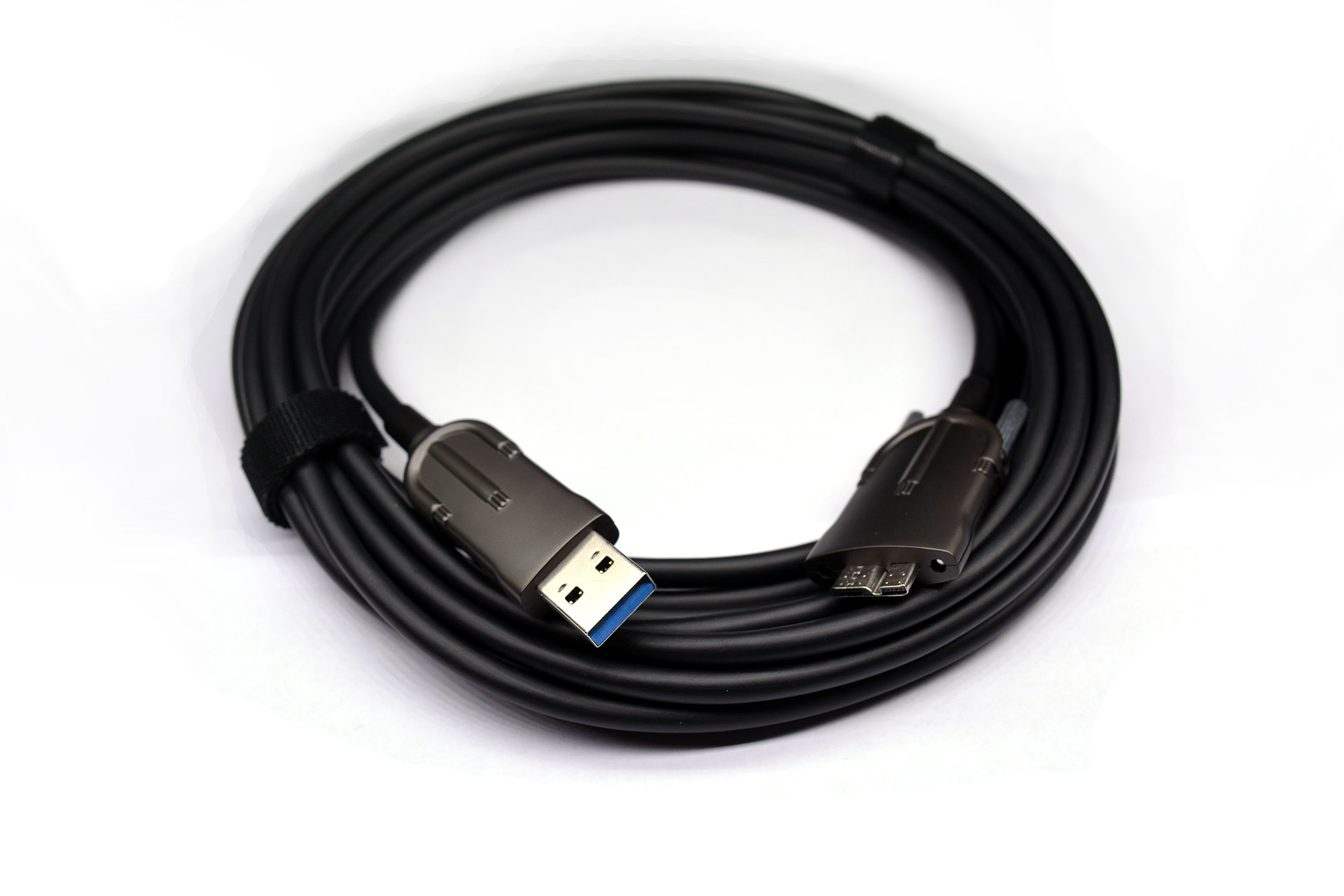 Send InquiryChat Now
Product Details
USB3.0 active optical cable is ideal to connect industrial cameras to frame grabber/computer. It can be installed on a drag chain and bent over 10 million cycles. Besides, it complies with the USB3.0 vision standard, the transmission rate is up to 10G bps, and the distance is up to 30 meters.

This cable can replace Basler Cable USB 3.0, Micro B sl/A, P, 5 m – Data Cable(order number 2000033241), and is compatible with Basler areas scan cameras, such as Basler Ace series, Basler dark, and Basler pulse industrial cameras. It can replace many other USB3.0 vision cables used for industrial cameras, see the “Compatibility Cameras List” below for details.

The cable material is made of optical fiber, so it is tiny, lightweight, and space-saving. Meanwhile, it has superior bending performance and good. Withstand side pressure performance, facilitate wiring construction and save cost. The transmitting end and the receiving end are shielded by a zinc alloy shell to provide maximum strength and durability.