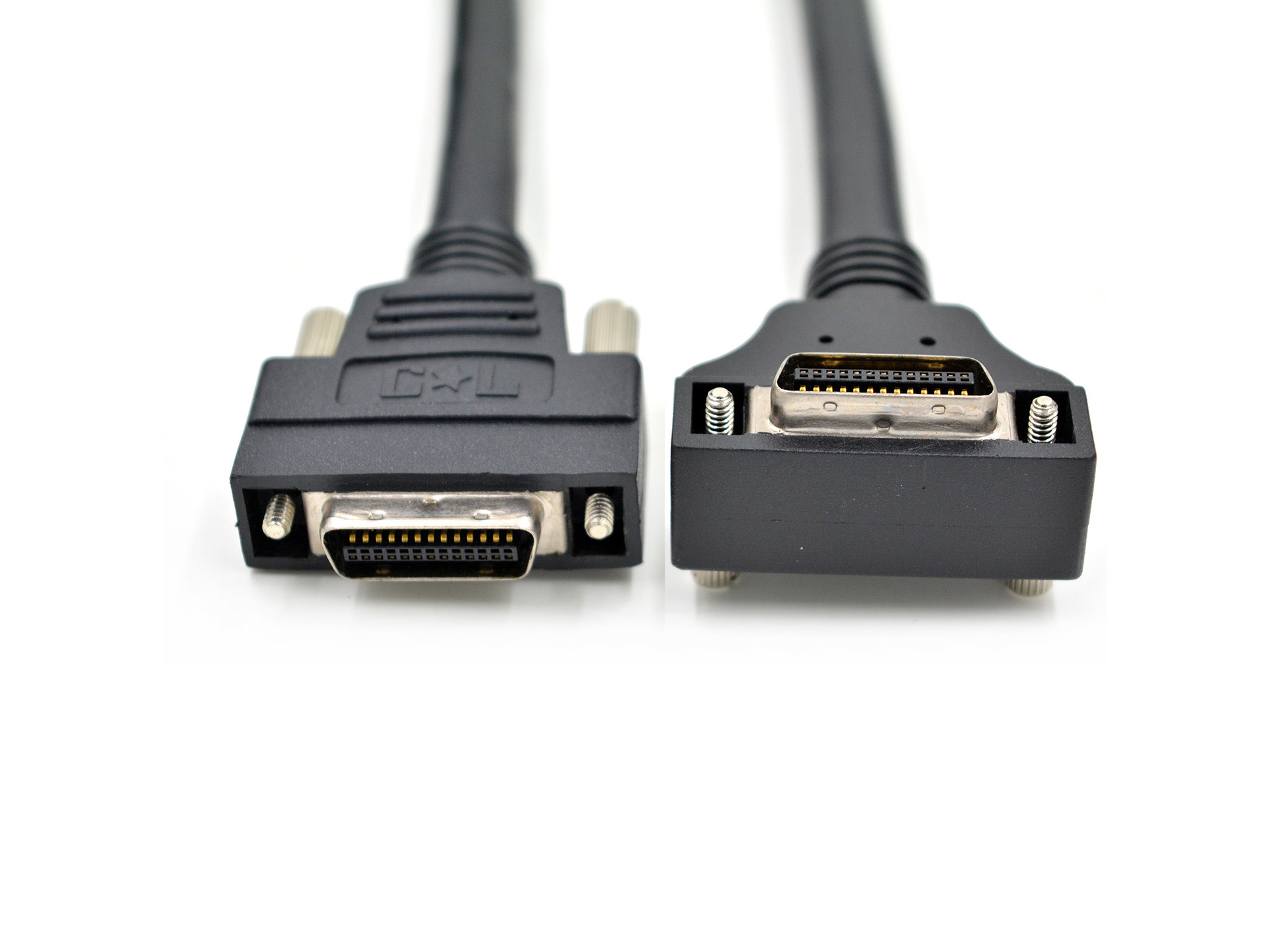 Send InquiryChat Now
Product Details
The Camera Link MDR exit down-angled cable has a bigger straight MDR male connector and a side-angled exit down male connector. MDR stands for Mini D Ribbon, which many frame grabbers have the interface with.