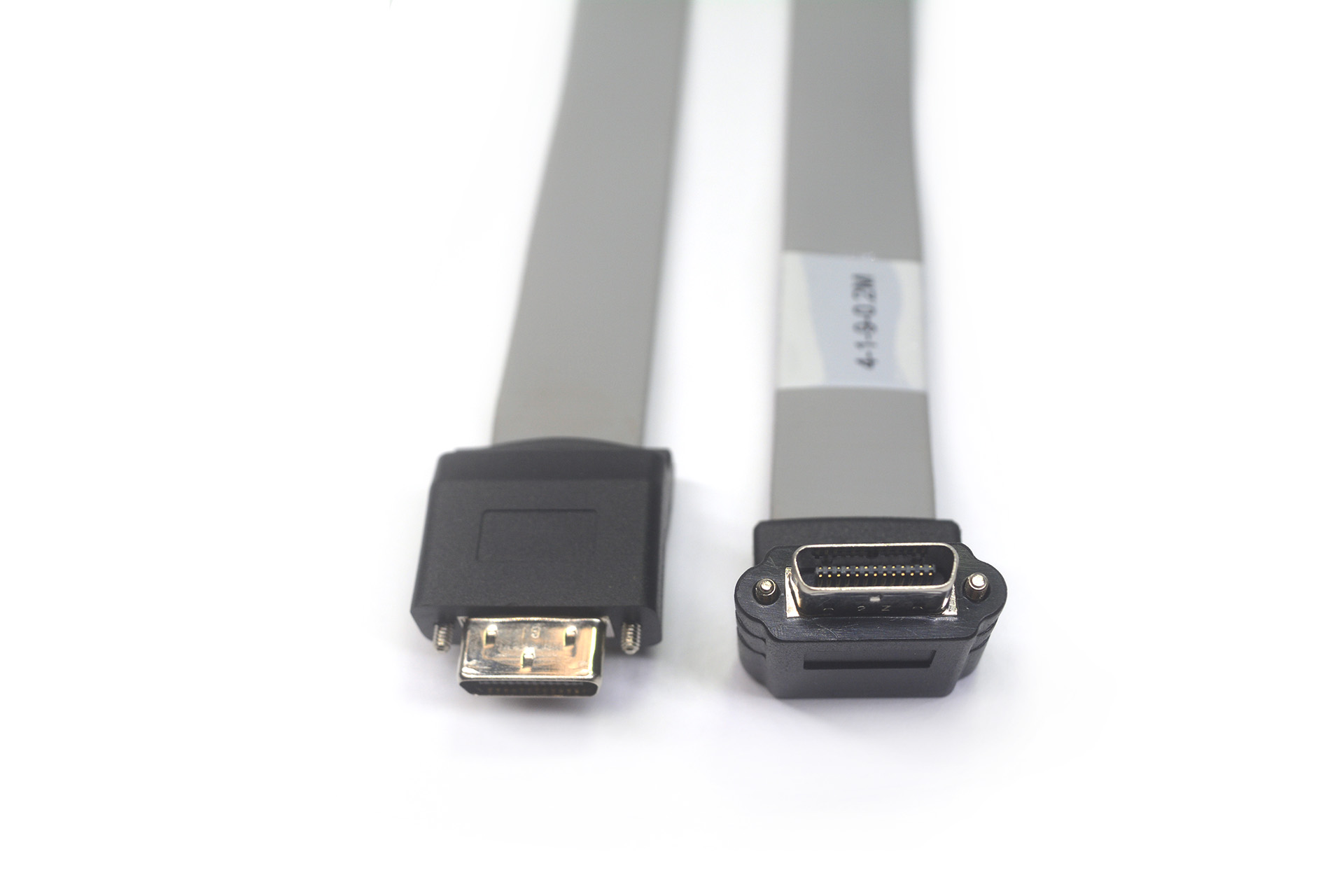 Send InquiryChat Now
Product Details
The ICL-4-1-9 angle to straight cable is for the internal camera link connection. It has a right-angled exit up SDR/HDR connector on one side, and a straight SDR/HDR 26-pin connector on another side. The internal camera link(ICL) cable is compact, highly flexible, light, and space-saving. It can as short as 10 cm(3.94 inches). So, it’s suitable for the internal link in the vision systems. We use the 3M™ 90201 series Pleated Foil Shielded Cable, please refer to https://www.3m.com/3M/en_US/p/d/b00039658/ for more details.

We could customize the ICL-4-1-9 angle to straight cable as the following: