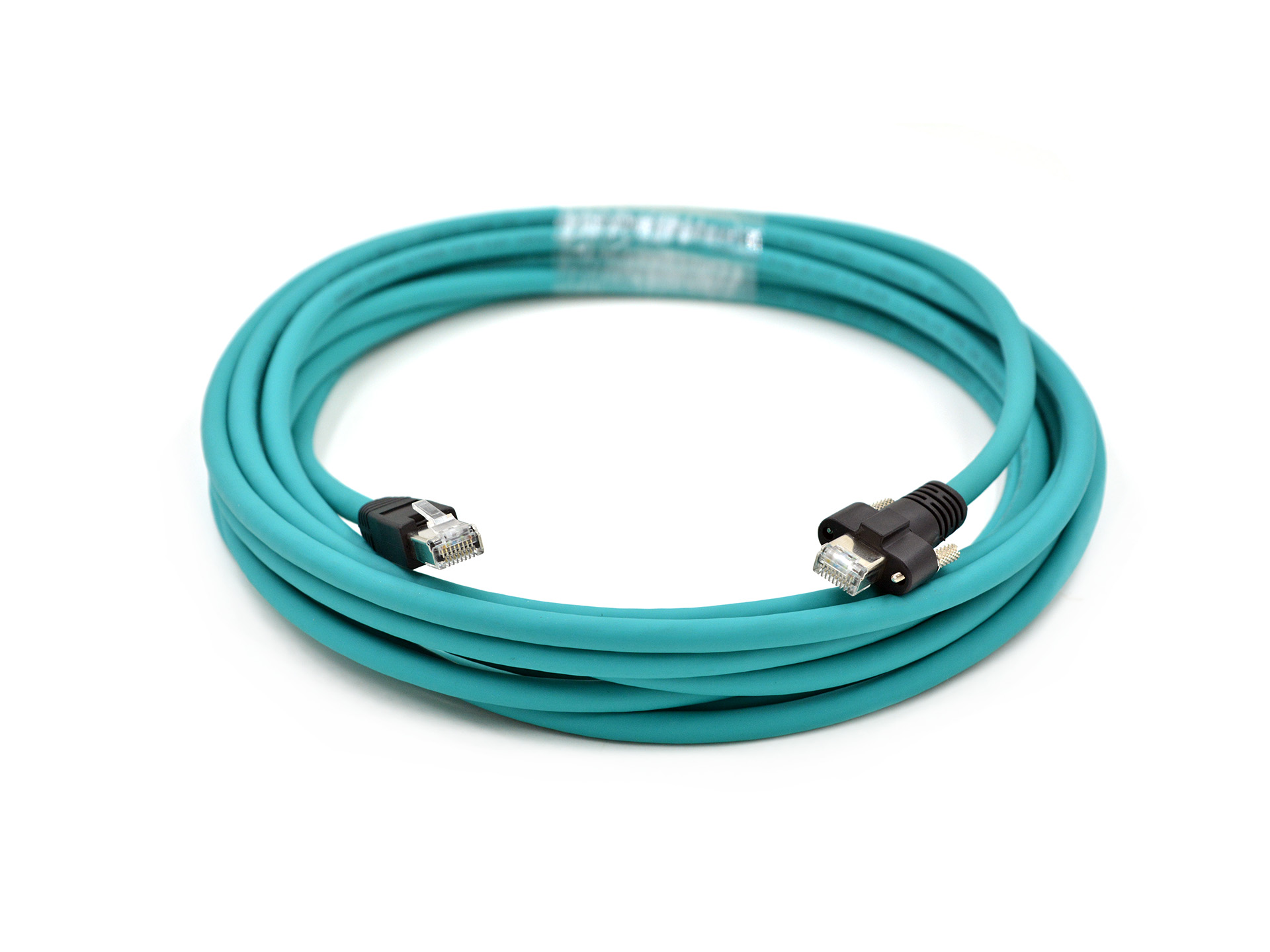 Send InquiryChat Now
Product Details
GigE Vision 10G cable has two locking screws on one side, that is to say, connect to the GigE camera stable. The cable is of industrial quality. It is dependable and appropriate for industrial cameras and frame grabbers. The cable is a teal-colored QUABBIN DataMax Extreme Ethernet Cable. This camera cable is compatible with the majority of GigE industrial cameras; for more information, please see the compatibility cameras list.

For more details about CAT6, please refer to https://en.wikipedia.org/wiki/Category_6_cable.