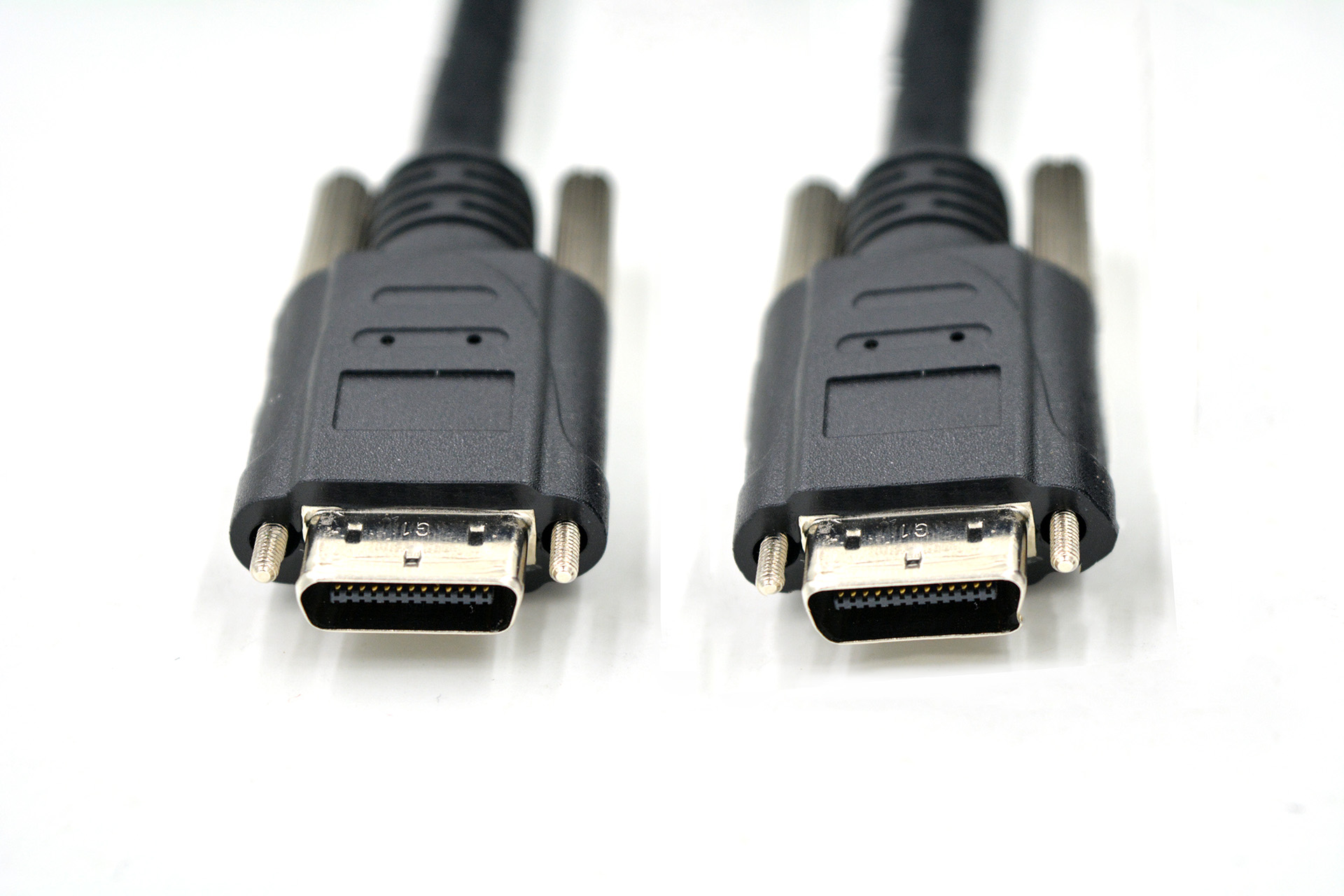 Send InquiryChat Now
Product Details
Camera Link SDR to SDR cable can connect the frame grabber with the industrial camera. It has two SDR/HDR 26-pin male connectors on both sides. The SDR/HDR male connectors have locking screws, so they could connect securely.

Our Camera Link SDR/HDR cable can reach a bandwidth as high as 85MHz, it’s ideal for your solution. For the flat internal camera link(ICL) cable, please refer to the Internal Camera Link cable MDR female to SDR male.