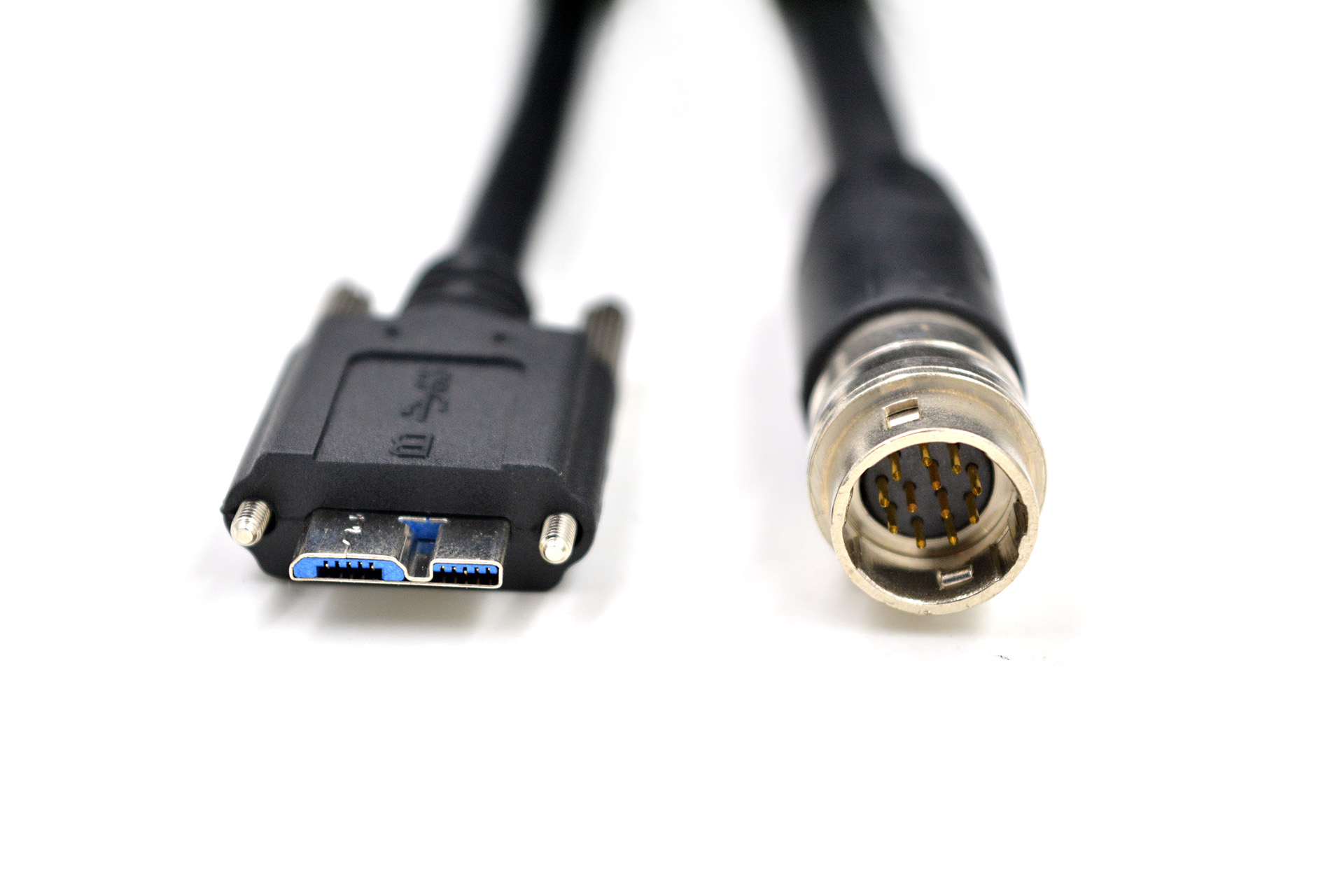 Send InquiryChat Now
Product Details
The USB3.0 and Hirose 12P composed cables include two cables. One is USB3.0 Type-A male to Hirose HR10A-10P-12S female cable, and another is USB3.0 micro-B to Hirose HR10A-10J-12P male cable. Please note that the HR10A-10P-12S and HR10A-10J-12P can connect with each other. This cable couple is used to connect industrial cameras to frame grabber/computer. It complies with the USB3.0 VISION standard, the transmission rate is up to 5G bps, and the total length is up to 5 meters.

In fact, the cable couple is a USB3.0 Type-A male to micro-B male with locking screws cable.

We accept any customization as the following:

Next: USB3.0 Type-A to Micro-B cable with locking screws